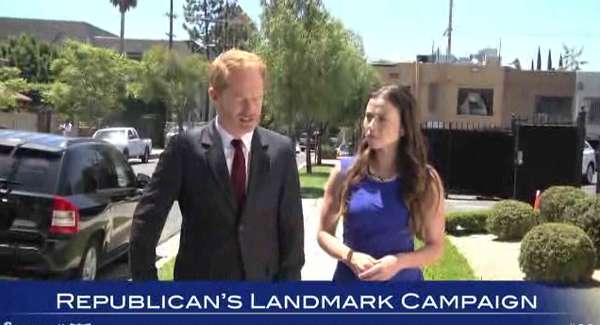 RED with Jesse Tyler Ferguson Takes a Run at Republicans

Jennifer Gosnell — August 20, 2012 — Pop Culture
References: funnyordie
The hilarious Funny or Die parody RED with Jesse Tyler Ferguson takes on some Republican beliefs in a mocking manner. While parodying the idea that a politician cannot be “openly redheaded,” the liberal satire group is definitely taking a go at the ideas of some Republicans in regards to gay rights and racial biases.

Modern Family star Jesse Tyler Ferguson, a natural redhead and openly gay himself, stars as a hilarious Republican political candidate trying to take on the system and run as who he is. This, however, is challenged when it is discovered that he has red hair. From religiously charged political hate speeches to other politicians’ exclaims that his hair color is unnatural, this Funny or Die parody is definitely a provocative political parody.

Hilarious Television Drama Spoofs
The Funny or Die 'The Wire: The Musical' Trailer is Unbelievable