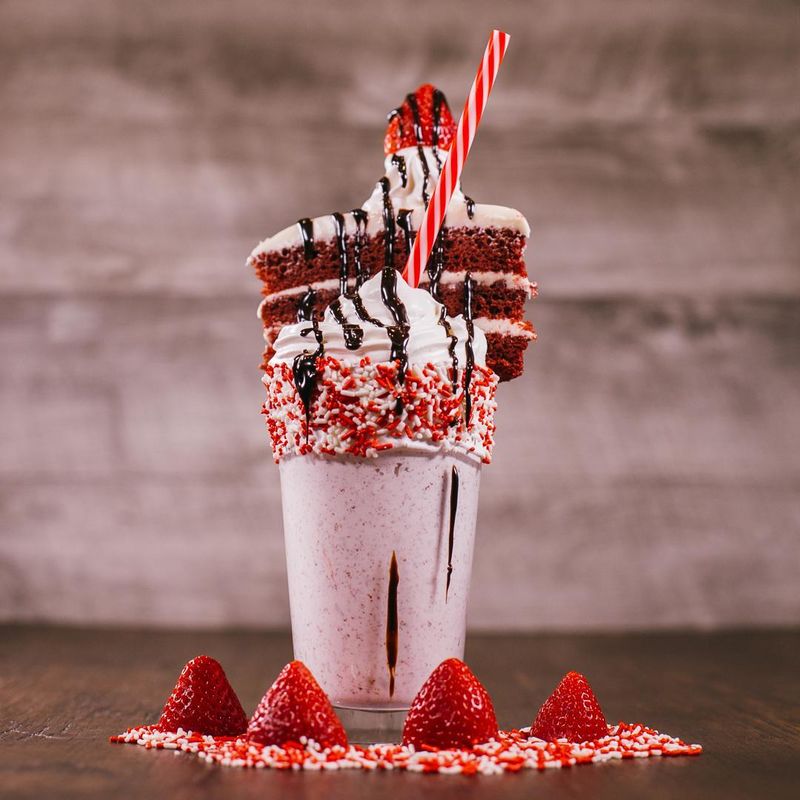 Laura McQuarrie — February 3, 2018 — Lifestyle
References: facebook & foodbusinessnews.net
There are countless red velvet shakes that have been created over time, but TGI Fridays is hoping to appeal to the most ardent fans of this kind of cake with one of its newest menu additions. The 'Red Velvet Extreme Shake' from TGI Fridays is an ice cream-based shake that is topped with an actual slice of red velvet cake and decorated with sprinkles, strawberries, whipped cream and a drizzle of chocolate.

As a means of prioritizing both aesthetics and flavor, brands are crafting over-the-top beverages and serving them with themed toppings that include everything from whole donuts to handfuls of popcorn snacks.