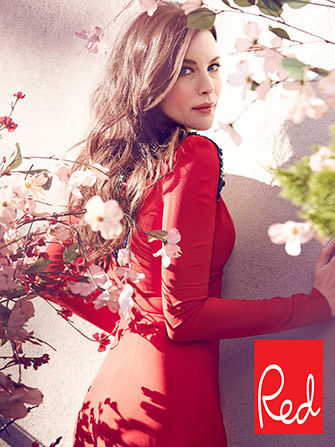 Meghan Young — May 28, 2014 — Fashion
References: redonline & refinery29
Share on Facebook Share on Twitter Share on LinkedIn Share on Pinterest
American model and actress Liv Tyler is arguably the original rock princess, a status that continues to make her a magnetic presence as the Red Magazine July 2014 cover shoot shows. People will be unable to take their eyes off of her still flawless skin, signature dark hair and red lips that are highlighted in the photoshoot. Posing romantically in the sun amidst flowers that cannot rival her beauty, she is a sight for sore eyes.

Hitting newsstands at the end of May, the Red Magazine July 2014 cover shoot describes the ageless beauty as a 'down-to-earth goddess,' which is the perfect descriptor. Clad in dresses from Dolce & Gabbana, Chanel and Louis Vuitton, Liv Tyler has both the otherworldly and girl-next-door look down to perfection.
3.5
Score
Popularity
Activity
Freshness
Get Trend Hunter Dashboard