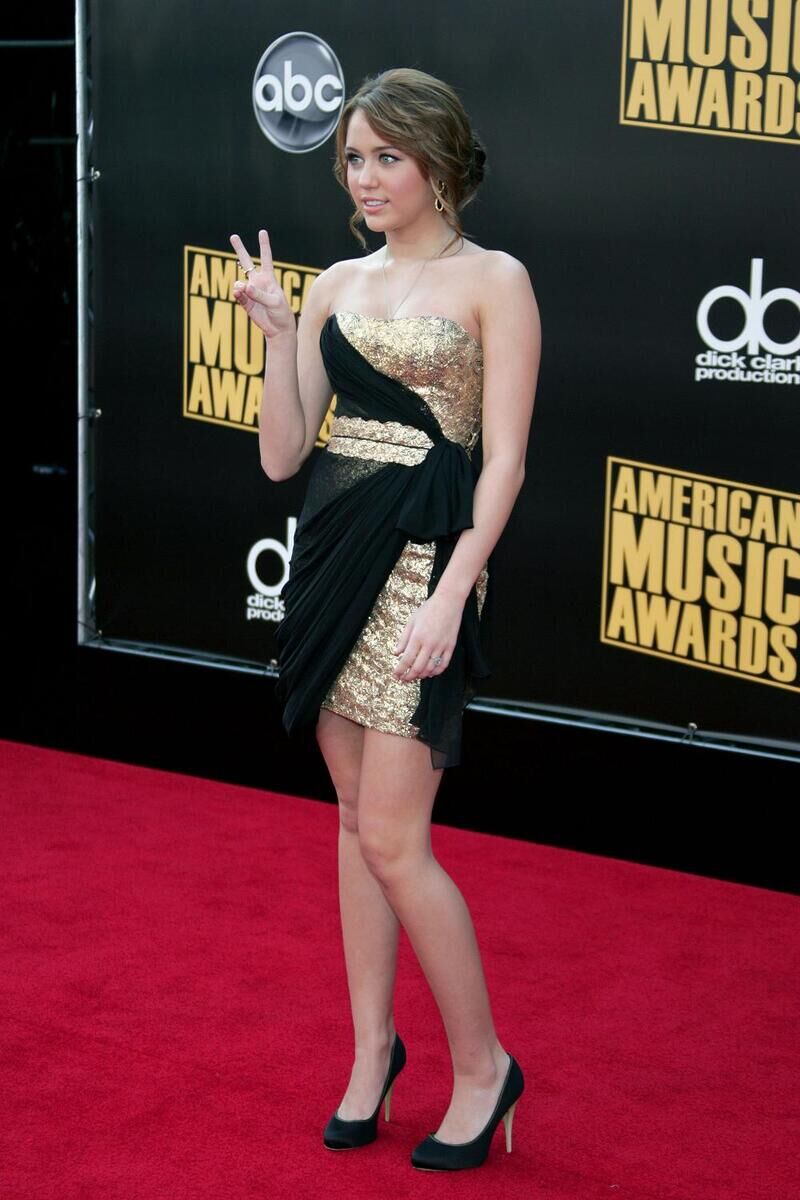 Ayman — November 24, 2008 — Pop Culture
References: dailystab
Share on Facebook Share on Twitter Share on LinkedIn Share on Pinterest
The music industry’s hottest stars treated their fans to a sort-of runway show at the red carpet of the 2008 American Music Awards which took place Sunday November 23 at the Nokia Theatre in Los Angeles. Jimmy Kimmel hosted the show for the fifth time in his career.

And while Taylor Swift and Christina Aguilera were still clinging to the metallic and glittery trend, Miley Cyrus surprised with an extremely elegant and cute mini-dress by Marchesa.

Those who took chances that paid off include Alicia Keys in an asymmetrical one-shoulder navy blue gown with Indian hair styling, and Natasha Bedingfield in a stylish pant suit.