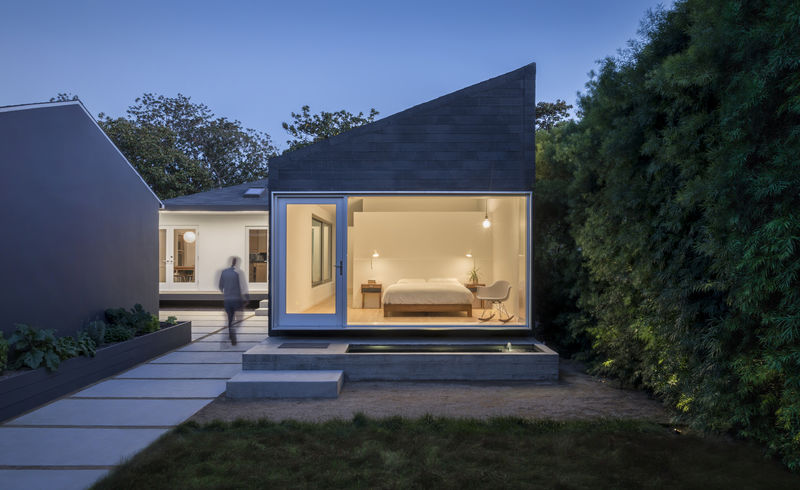 Joey Haar — June 13, 2018 — Art & Design
References: archdaily
Share on Facebook Share on Twitter Share on LinkedIn Share on Pinterest
As its name makes clear, the most striking feature of 'Rear Window House' is its modern extension. In renovating a bungalow originally built in 1944, Edward Ogosta Architecture aimed to add onto it in a contemporary style, and the rear bedroom window is a result. The farthest back wall of Rear Window House is almost entirely glass, giving the master bedroom a completely unimpeded view of the outside.

While Rear Window House might be reminiscent of the famous Albert Hitchcock film, it's not nearly as voyeuristic as that thriller. The master bedroom's view doesn't look onto public space but onto the home's private, hedge-enclosed backyard, making it a pleasing view to wake up to rather than one that would make people feel like covering up.