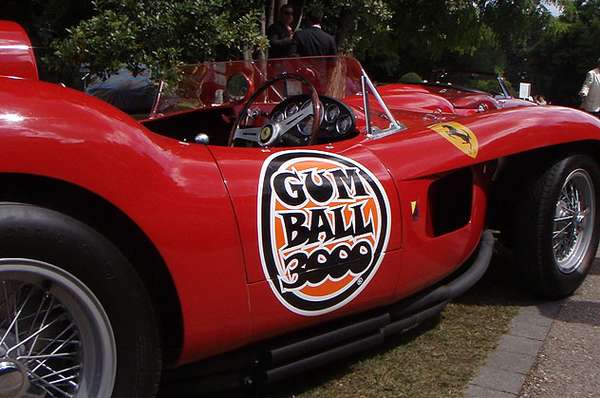 GumBall 3000 from San Fran to Beijing

And officially, it's not a race but, a rally.

The GumBall 3000 has no official timing or prizes for reaching check points first. It costs $120,000 to get in and the start line will be San Francisco. It will proceed through checkpoints in San Diego, Las Vegas, flight to Nanjing (Drivers stopping over in Pyongyang), Shanghai, and finally finish in Beijing during the 2008 Olympic Games.

Although 99 percent of the world can't afford to enter the GumBall 3000, a portion of them can purchase an official Gumball 3000 T-shirt.
3.2
Score
Popularity
Activity
Freshness
Attend Future Festival