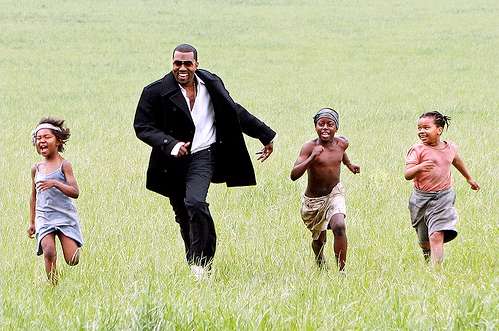 Jason Soy — November 28, 2011 — Pop Culture
References: rappersdoingnormalshit.tumblr
I will never get sick of celebrity-inspired blogs and this 'Rappers Doing Normal Shit' Tumblr will no doubt occupy a nice portion of my daily time from here on out.

Featuring candid images of some of hip-hop's biggest names, Rappers Doing Normal Shit illustrates the more humble moments in these grandiose MCs' lives. From Kanye West frolicking in a field with children to Tyler, The Creator enjoying a nice slice of greasy pizza, you get to see what rappers do on their off time when they aren't spitting out braggadocio lyrics. More often than not, the images in this Tumblr will bring a smile to your face.

Be warned though, some rappers, though they may be baking cookies or talking on smartphones, still dress more eccentric than the likes of Lady Gaga.
5.8
Score
Popularity
Activity
Freshness