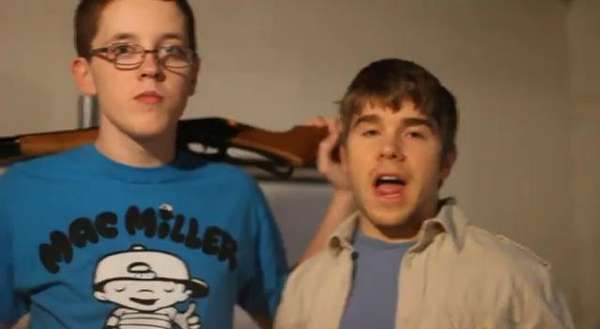 Jason Soy — May 18, 2012 — Pop Culture
References: facebook & youtube
Rapper Krispy Kreme is lighting up YouTube with his aptly named debut video, ‘The Baddest.’ From the title alone, you should get a sense of where this parody song is headed, but all doubts about whether Krispy Kreme is “the baddest” or not is put to rest once he utters his first verse. Stringing together juvenile lines like “I had to fight my whole life/I could beat you up even if you had 10,000 knives” while delivering these lyrics with a bravado that matches hip hop legends, rapper Krispy Kreme is the definition of entertainment.

Though I was initially at a lost as to whether this video was satirical or sad at first, Krispy Kreme’s latest video updates confirms his channel as a joke. But that should have been obvious with hints peppered throughout like his runny nose and pistol-wagging.