Your Photo As A Puzzle
Next
Set of
Related
Ideas 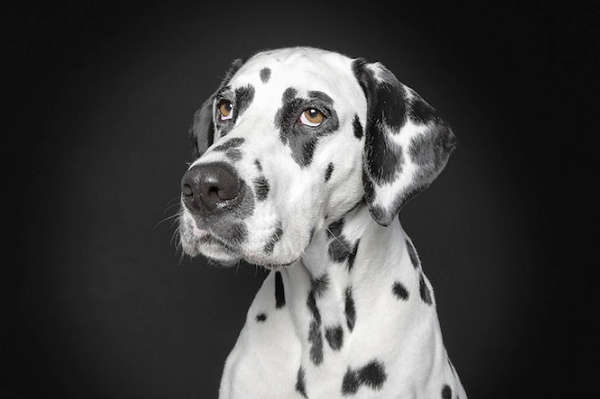 Akihiko Tse — September 13, 2013 — Unique
References: ralphhargarten.de & mymodernmet
Share on Facebook Share on Twitter Share on LinkedIn Share on Pinterest
We never quite know what dogs are thinking, but occasionally, we get a glimpse of their facial expressions that can convey a fleeting anthropomorphized emotion. German photograph Ralph Hargarten has managed to capture such emotions of our canine companions in a series of photographs titled 'A Dog’s Life.' The dogs, with names like Greta, Fay, Jannis and Clinton, are captured with some stern, bemusing and endearing expressions that show a deeper sense of contemplation than we would normally find without freezing frame.

“Most dogs have human names, so why not [photograph] them like humans,” says Hargarten. “In my pictures, I tried to catch different expressions as I would do with people.” Judging by the pictures, the dogs look to have already become more than accustomed to the attention we give them.