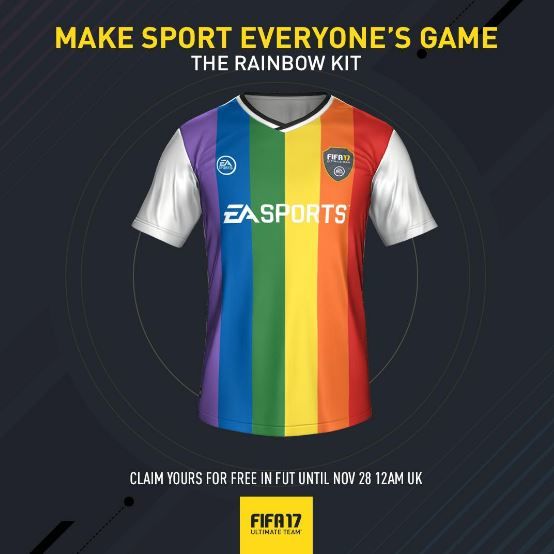 Joey Haar — December 6, 2016 — Tech
References: twitter & mashable
Share on Facebook Share on Twitter Share on LinkedIn Share on Pinterest
Special uniforms, or "kits" as they are known in the world of soccer, are a popular addition for many the legions of fans who play the FIFA video game franchise, and the FIFA 2017 Rainbow Kit was designed to do more than add a snazzy kit to the game's stock. The kit, which features a vertical rainbow stripe design, was designed to raise awareness about LGBT participation in soccer.

Soccer is the most popular sport in the world, with literally billions of fans around the world. Despite that large number, professional sports organizations as a whole, FIFA included, have been slow to acknowledge and accept LGBT athletes -- despite the increasing number of athletes coming out. The FIFA 2017 Rainbow Kit is a welcome gesture of inclusiveness from the massive gaming franchise.
1.5
Score
Popularity
Activity
Freshness
View Innovation Webinars