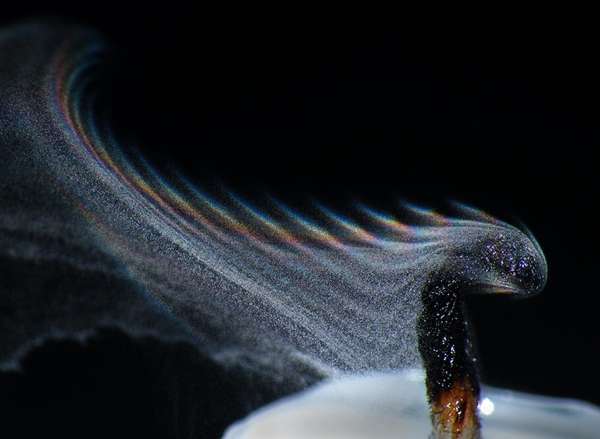 The 'Rainbow Fringe' by Grover Schrayer is Brilliance Captured in Print

Marriska Fernandes — December 6, 2011 — Art & Design
References: flickr & mymodernmet
While time and again, many photographers have caught the surreal nature of a rainbow in the sky, the 'Rainbow Fringe' by Grover Schrayer goes way passed the norm.

Photographer Grover Schrayer captured rainbow vibes smoking from a candle stick. It took him about 25 attempts in order to capture the exact moment the wick began to emit the smokey, multi-colored illusion. Using a Fuji Finepix S8100fd, he tried to capture the scene with utmost patience and precision. According to Grover Schrayer, "The hardest part was getting the camera to focus on just the right part of the smoke."

Such innovative and highly alluring captures are what many love to see caught on print, and the talent and patience of Grover is strongly depicted in his series.
2
Score
Popularity
Activity
Freshness