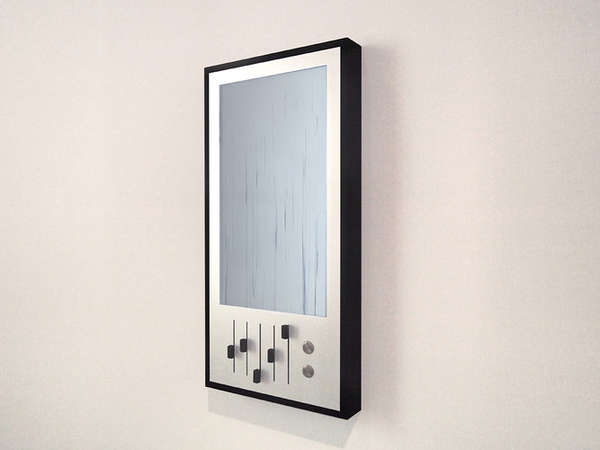 Meghan Young — February 18, 2013 — Tech
References: liaworks & fastcodesign
Share on Facebook Share on Twitter Share on LinkedIn Share on Pinterest
Rain by LIA, an Austrian artist, is an art installation that happens to look like a simplified mixing console used in the music production industry. Mounted on the wall, the controls don't affect sound. Instead, it has a visual output that allows passersby to create works of art themselves, almost as though it were a sophisticate Etch-a-Sketch.

Created in collaboration with creative engineer Damian Stewart, Rain by LIA is currently on display at Kunsthaus Graz in Austria. Made out of wood, aluminum and a custom software program, it is outfitted with five controls that tweak the look of a cascading series of lines generated on a screen when played with. These lines are projected on a larger scale against another wall in the same gallery room.
2.3
Score
Popularity
Activity
Freshness
View Innovation Webinars