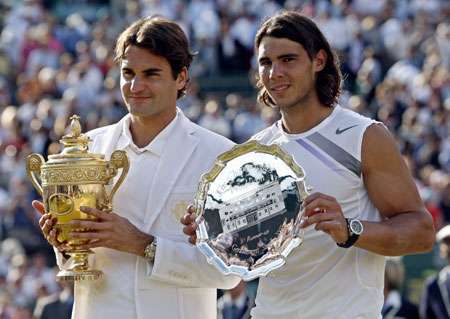 Nadal’s first sentence was understandably celebratory: “Where should I begin….!I’VE WON THE AUSTRALIAN OPEN! YES!” The champ then delved deeper into the emotional significance of his win over Roger Federer: “When I finally celebrated my last point I felt something I’ve never felt before, it was a more peaceful victory compared to the one in Roland Garros and Wimbledon but at the same time, it was come completed.”

We’ve followed Rafael Nadal, or Rafa, as he signs off at the end of each post, throughout his Australian Open journey via his blog. It’s incredibly rare for an athlete to want to express themselves to their fans and a global audience in the midst of a heated tournament in which total focus must be placed on competition. And this morning, we got to experience what a win against tennis legend Roger Federer tastes like.

Check out some of the heated moments from the third set of the Australian Open final between Rafael Nadal and Roger Federer above.
3.2
Score
Popularity
Activity
Freshness
Get Trend Hunter Dashboard