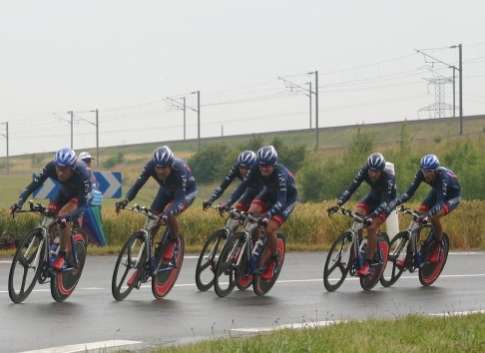 Elsa Blaine — July 15, 2008 — Lifestyle
References: online.wsj & popsci
Share on Facebook Share on Twitter Share on LinkedIn Share on Pinterest
There has been a change to the rules for this year's Tour de France that may have a huge impact on the race outcome. Riders commonly cycle with small helmet-mounted radio receivers of which the original purpose was, to be used, â€œas a safety device that would allow directors to caution riders regarding accidents, treacherous turns, or objects in the road,â€ according to Popular Science.

For the past 10 years the action in the race has been broadcast live via the official race communications channel, Radio Tour.  In recent years the team's directors, who would be listening to this broadcast, communicated to their riders when another racer was about to overtake them and whether to go hard after them or to lay back.

Officials this year have implemented a 30 second time delay on these broadcasts, in hopes of diminishing the â€œstrategic role it can playâ€, while still maintaining safety.