App-Integrated Board Games
Next
Set of
Related
Ideas 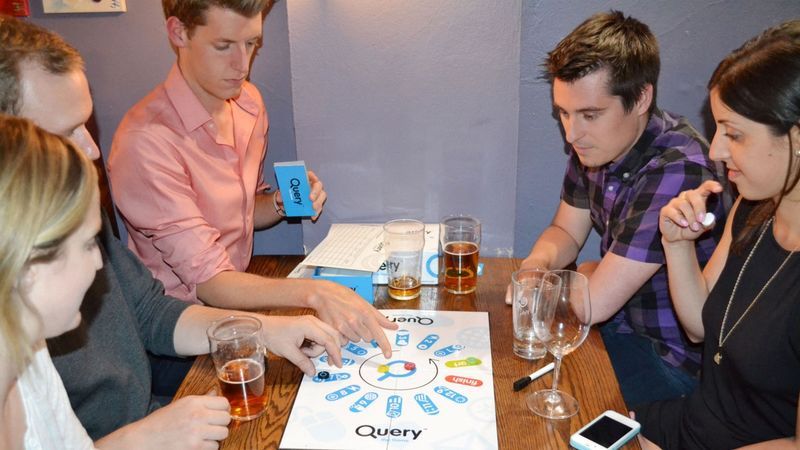 Rahul Kalvapalle — March 3, 2015 — Tech
References: querythegame & mashable
Share on Facebook Share on Twitter Share on LinkedIn Share on Pinterest
The Query game is a board game that revolves around Google's predictive search feature. If you've ever begun Googling a particular term and enjoyed seeing the random, hilarious and downright disturbing predictive search options that come up, you'll probably enjoy this game. The game is the brainchild of Toronto-based Nikki Flowerday and Phoebe Stevens. Like many great ideas, this one started off simply -- the two began playing an Autocomplete guessing game via text message, before evolving it into a board game concept.

The game requires a designated dealer to choose one of 600 Query cards included in the game and read out the provided query. Each card has four endings taken from actual Google Autocomplete searches. Players then guess the endings and write them on whiteboards, while the dealer adds the actual ending to the list. Players then take turns guessing the real ending.

Inspired by the eccentricities of the online world we inhabit, the Query game is a great way to share some laughs and win some bragging rights.

Sci-Fi Battlement Games
XCOM: the Board Game is Played Alongside an App
play_circle_filled