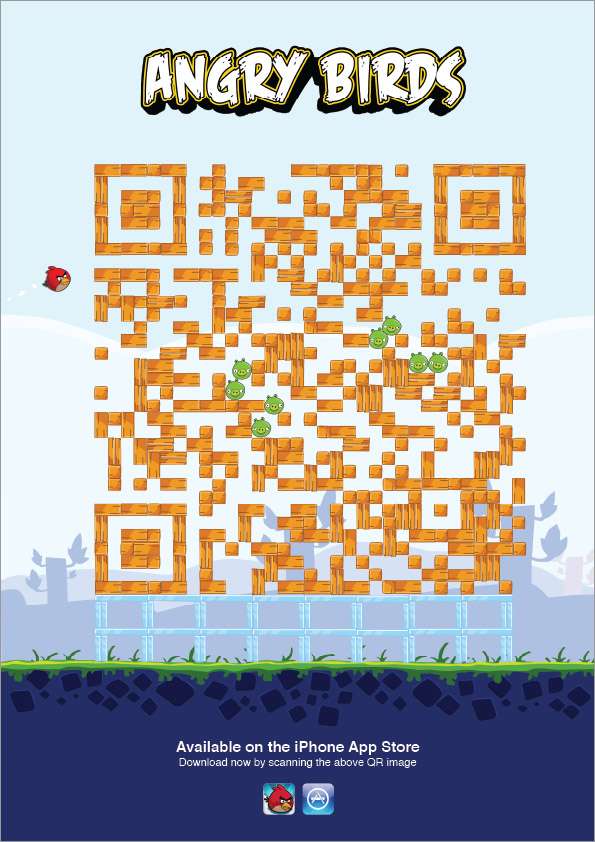 Combining functionality with ingenious graphic design, the agency created QR codes for the Angry Birds, Instagram, and Shazam apps, using elements from each in the body of the code. For instance, the Angry Birds ad is comprised of the wooden block structures and avian characters found in the game, while the Instagram QR code uses hundreds of photos from the app in its design.

The three QR iPhone App ads by Stupid can all be scanned for quick access to the downloadable apps, combining intelligent aesthetics with cutting edge technology. Contrary to what the agency’s name might suggest, these ads are incredibly clever and might just be the future of QR codes.
3.5
Score
Popularity
Activity
Freshness