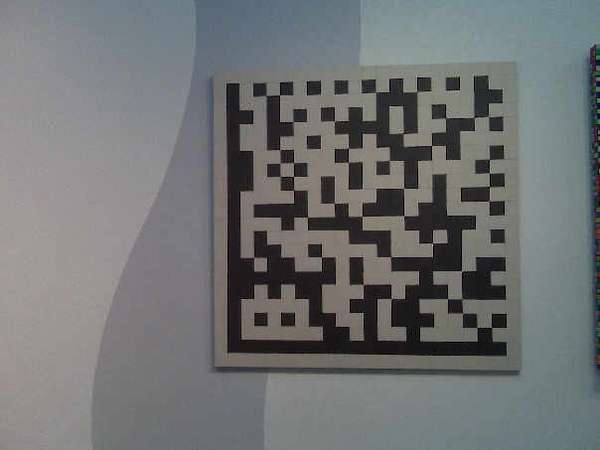 He is now using tiles to create QR Codes and Data Matrices, which are the next generation of barcodes. Instead of just containing numbers, they contain data such as hyperlinks, text or contact information. The codes are also readable with specially-equipped cellphones - so you just wave your cellphone at one and it will pop up text on your screen, or send you to a website.

Invader’s pieces are real, functioning QR Codes that have messages encoded in them. This piece titled “THIS IS NOT A QR CODE” is part of Scion’s “Insiders, Outsiders and the Middle” exhibition, curated by Giant Robot at their LA gallery. The QR Code will pop up the message “THIS IS AN INVASION” There is an app for iPhones (iMatrix) which will allow you to read QR Codes such as Invader’s.