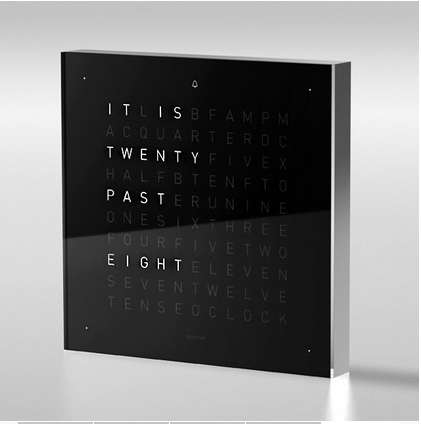 Alarm clocks are some of the most necessary, yet hated, items we own. Without them most of us would never get up on time in the morning. However, this clock will add a bit of interest into the mundane. The face of the clock does not have numbers, instead it has words that will tell you the time. As an example it would say ' It is twenty past eight,' and that will let you know the correct time.

The Qlocktwo Touch Clock also has a simple smart touch system in order to turn the alarm off, or to activate snooze. This clock may not make getting up easier, but it will look incredible in the process.