Mystery Of The Pyramids Solved By French Architect 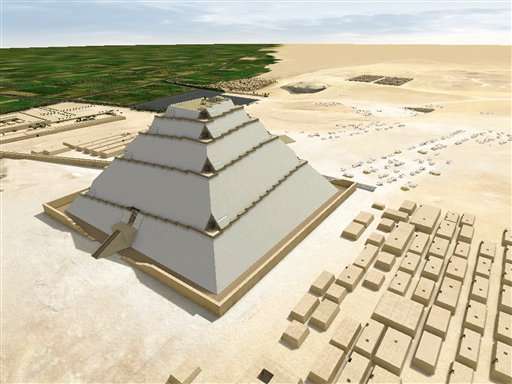 Rose A. Valenta — March 31, 2007 — Art & Design
References: comcast.net
Share on Facebook Share on Twitter Share on LinkedIn Share on Pinterest
Jean-Pierre Houdin, a French architect, says that he has figured out how the 446-foot Pyramid of Khufu was constructed. He theorizes that the ancient Egyptians under the rule of Khufu (aka. Cheops) used both inner and outer ramps to haul and place the gigantic stones.

As I recall, a team from MTV went to Egypt a few years ago and reenacted the construction using a small-scale design. They came to the conclusion that the ancients used a ramp for construction and took measurements with a wheel. Natural materials from the area were used, such as sand, limestone, and water from the Nile:and the mystery goes on.

It's a shame mummies don't talk. Not only would I like to know how the pyramids were built, but I have this cat, who thinks she is Cleopatra.