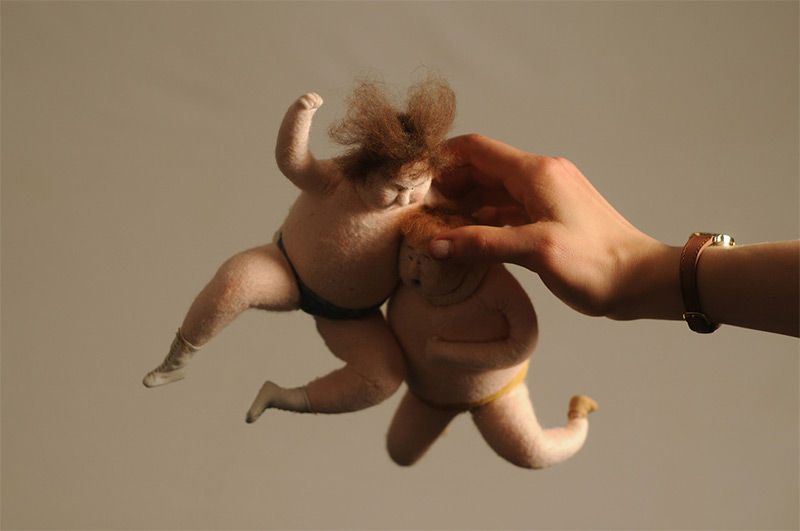 Meghan Young — October 22, 2014 — Pop Culture
References: vimeo & thisiscolossal
Share on Facebook Share on Twitter Share on LinkedIn Share on Pinterest
Toys have com to life in many different ways over the years, yet this puppet film is one of the bet instances yet. Titled 'Fight!,' the puppet film revolves around two wooly characters as they wrestle each other in hilarious ways. Creative in their techniques and use of props, these two characters sock it to each other in a stop motion style that will charm just about everyone who watches it.

Created by Emma De Swaef and Marc James Roels, the puppet film was chosen as the trailer for the National Animation Festival 2013 in Bruz, France, for good reason. Full of character, hilarity and skill on both the puppets' and their creators' sides, the short film is enchanting.
3.2
Score
Popularity
Activity
Freshness
Access Advisory Services