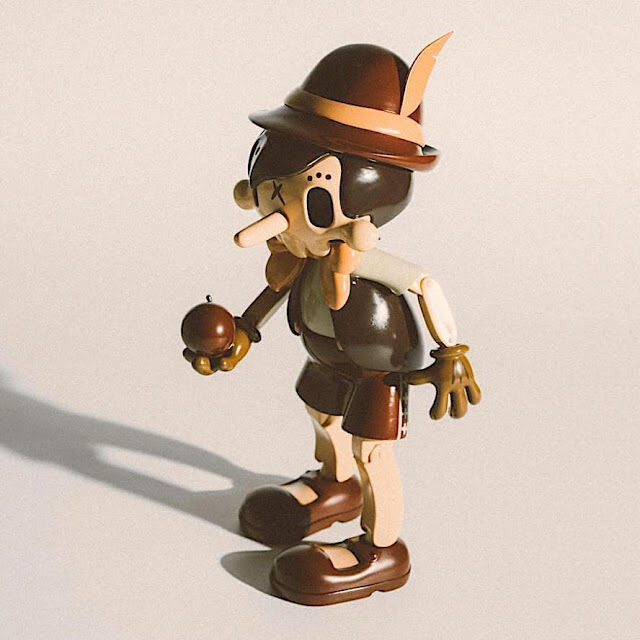 A Vintage Version of 'SKULLTOONS THE PINO' Recreates Pinocchio

The new edition shows Pinocchio as a wooden marionette, with faded tones of brown, beige, and white covering his clothing and accessories. The toy holds a red apple in its hand, like former editions of SKULLTOONS THE PINO. As Streams states, the toy stands at approximately 35 cm tall, and is made with vinyl, PVC, and ABS.

With only 150 pieces produced worldwide, the exclusive collectible is sure to sell out quickly. To certify authenticity, buyers will receive numbered certificates with their purchases.