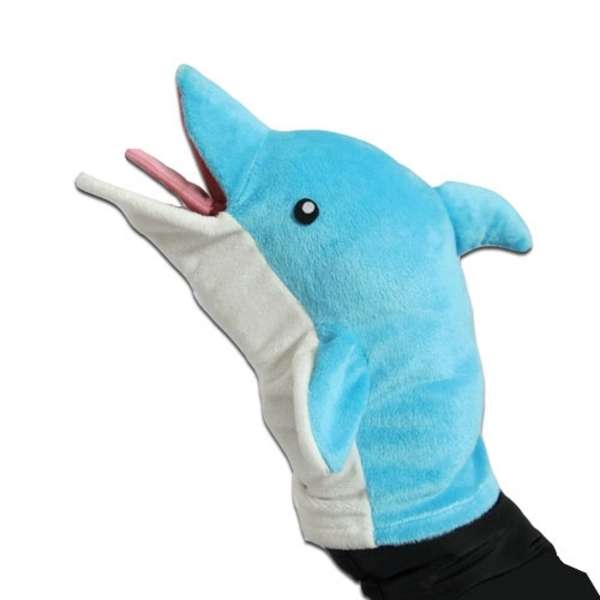 Lacey-Jane Walsh — June 9, 2013 — Pop Culture
References: factoryent & toynewsi
If this awesome dolphin plush toy looks familiar, then you're probably a fan of the animated series Archer. The show is about a secret spy agency full of incompetent, lovable characters. Among them is Pam Poovey, the Human Resources pro who wields a dolphin puppet while dealing with disgruntled employees.

Sitcom lovers who've locked onto this hilarious series are sure to appreciate this dolphin plush puppet. Whether or not you use the puppet to resolve issues with a co-worker, Pam's therapeutic dolphin is sure to stir up interesting conversations among friends and fans of the show.

At first glance, this dolphin plush toy looks like it could be made for a toddler (and to be fair, kids would probably enjoy it too), but devout Archer fans know the dolphin's ridiculous back-story.
3.3
Score
Popularity
Activity
Freshness