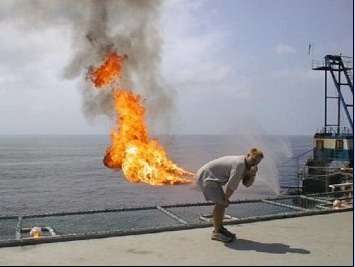 Florida Teen Suspended For Having a Stinking Good Time

Sandra Winn — March 20, 2009 — Unique
References: clickorlando
Share on Facebook Share on Twitter Share on LinkedIn Share on Pinterest
While some teens have the day off from school as punishment for doing drugs, getting in a fight or being truant, 15-year-old Jonathon Locked Jr. of Lakeland, Fl, has been suspended from school for passing gas. Needless to say, his parents felt the district was too harsh and are fighting the suspension.

Locked managed to make a few classmates laugh on the bus with his obnoxious farts and nauseating smells but apparently others, including the bus driver, weren’t so easily amused.

This isn’t the first time a Florida teen found themselves facing punishment for passing gas. In November 2008, a thirteen-year-old boy was arrested, yes arrested for tooting like there was no tomorrow in school.

Ever since the dawn of man, “ripping one,” “passing gas” and “breaking wind” have delighted men and grossed women out. But is this stinky act worth punishing? In my opinion, no.

However, I have been tempted to put my husband in the dog house after one to many episodes of “Son, pull my finger,” or his dangerous ignarts (a flame/human methane combo).