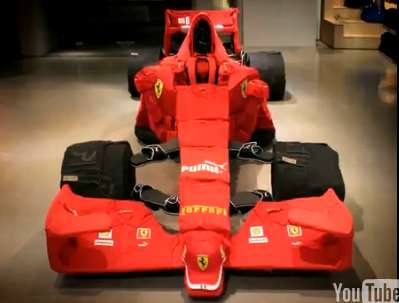 The Puma Race Car is Entirely Made Out of Clothing

All together, the apparel used in the 14-foot Puma race car cost almost $64,000 USD, while the construction took five hours and eight employees. Modeled after the Formula One driver Kimi Raikkonen’s race car which is a Ferrari (as Puma is the Ferrari team’s official clothing sponsor), the Puma race car is displayed at the Puma Carnaby Street shop in London.
4.2
Score
Popularity
Activity
Freshness
Get Better and Faster