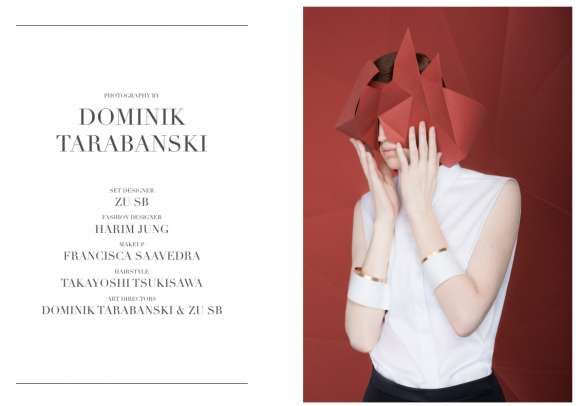 Pruitt Igoe by Dominik Tarabanski is Named After an Urban Site

Meghan Young — July 16, 2013 — Fashion
References: tarabanski & whitezine
Share on Facebook Share on Twitter Share on LinkedIn Share on Pinterest
Although the photo series titled Pruitt Igoe by Dominik Tarabanski, a photographer born in Poland, raised in Cracow and based in New York City, may look like it was inspired by the art of origami, the title suggests otherwise. In a brief explanation, the photographer reveals, "Pruitt Igoe was a large urban housing project first occupied in 1954 in the U.S. city of St. Louis, Missouri," and became "internationally infamous for its poverty, crime and segregation" by the late 1960s.

Interestingly, there is nothing of this struggle present in Pruitt Igoe by Dominik Tarabanski. An icon of renewal after it was torn down, perhaps the minimalist nature of the photoshoot suggests a sense of rebirth.
3.2
Score
Popularity
Activity
Freshness
View Innovation Webinars