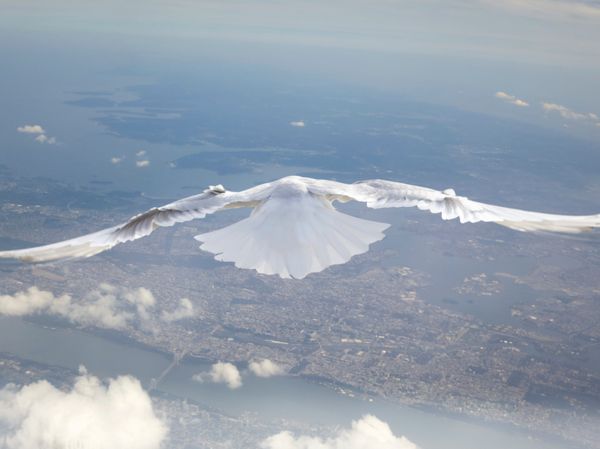 Proud Wanderer by Howard Lau Captures the World from High Above

Meghan Young — January 20, 2014 — Fashion
References: flickr & mymodernmet
Viewing the world from another perspective is not only eye-opening, but also a unique privilege that should never be taken for granted; Proud Wanderer by Howard Lau, a nature and animal photographer, is a series that allows people to take on the viewpoint of birds. Whether in mid-flight or perched on a ledge, cities look both big and small from such vantage points.

Although Proud Wanderer by Howard Lau can be likened to aerial photography styles, there is something inherently different between the two. By anchoring people to an actual creature, this photo series encourages people to take on the role of a bird and not just imagine that they had the power of flight themselves.
4.7
Score
Popularity
Activity
Freshness