Capitalizing on Rising Divorce Rates
Next
Set of
Related
Ideas 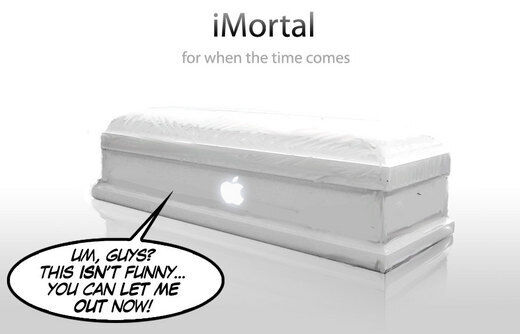 Steve Jobs is Dead According to Bloomberg

Calling him the â€œarbiter of cool technology,â€ the Bloomberg obit speculated on his successor. But they wrote he had a human side too, reminding us that Jobs has a rep in Silicon Valley that rivals Dirk Diggler.

Implications - Publicity stunts that incorporate false death reports instantly seem to go viral, and represent how outlandish accusations can actually be highly entertaining. While death accusations and other such false reports may be taking it a bit too far, companies should think of less taboo publicity stunts that can help to spread the word about upcoming products.
3.5
Score
Popularity
Activity
Freshness
Get Better and Faster

Hosting Your Own Funeral
Lululemon Founder Travels in Coffin
play_circle_filled