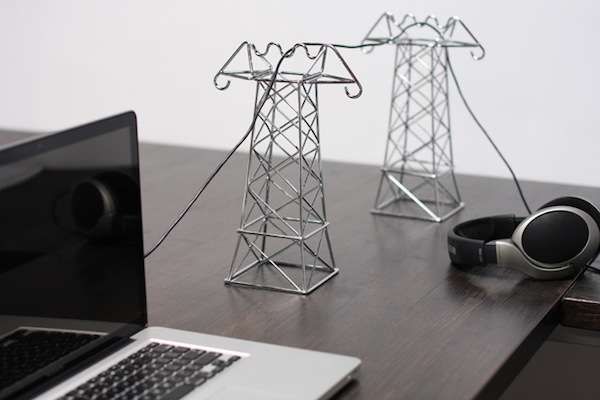 Power Lines was conceived by Daniel Ballou, who is an industrial designer living in Long Beach, California. A simple solution to a common problem, Power Lines adds a good amount of character to homes and offices. Although made with desks in mind, they can be utilized anywhere that has an abundance of wires that need taking care of.

Fashioned out of bent chrome wires, Power Lines were inspired by the "hundreds of miles of power lines strung across the California desert landscape," according to the creative and unorthodox designer.