Stars Bite Back
Next
Set of
Related
Ideas 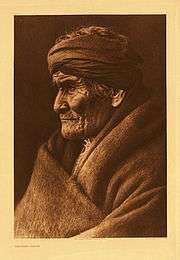 Rose A. Valenta — February 19, 2009 — Unique
References: comcast.net
Share on Facebook Share on Twitter Share on LinkedIn Share on Pinterest
A lawsuit filed by descendants of Geronimo against Yale’s Skull and Bones Society is seeking the renegade’s skull and bones that the group stole from his burial plot in Fort Sill, OK in 1918, when Prescott Bush (Dubya’s grandfather) was stationed there during World War I. They want the items returned so that Geronimo can go to his happy hunting ground, in accordance with Apache religious beliefs.

Skull and Bones members are known as “bonesmen.”

The federal lawsuit is brought by Harlyn Geronimo, Geronimo’s great-grandson, on the 100th anniversary of Geronimo’s death. It names Skull and Bones, Yale and the Federal Government as defendants.

As you know, the infamous secret Skull and Bones Society gained notoriety during President George W. Bush’s campaign, when he won the nomination against John Kerry, also a bonesman. Members of the secret society are Yale graduates and undergraduates. Skull and Bones became a media focus during the campaign and if you have seen the film “Dead Poets Society,” starring Robbin Williams, you’ve got the idea why.

Skull and Bones owns a New Haven clubhouse called The Tomb, as well as a campground where they hold annual reunions. The difference between dead poets and bonesmen is that most bonesmen are powerful figures in politics and corporate America, who network together, ensuring each other’s success.

The symbol of the secret society is, of course, similar to a Jolly Roger, except that it has a number at the base of the crossbones, 322.

Even though it is secret society, it has been infiltrated by a few bucket mouths and super sleuths who blew its cover. They say that bonesmen are all thieves (Pirates and Politics 101), who worship the mythical Goddess Eulogia (Primal Urges 101).

Apparently, the number 322 represents the death of Greek statesman and orator, Demosthenes (384-322), of ancient Athens, who took the Goddess Eulogia into the heavens. How he did this is anyone’s guess, but she kept uttering “Oh God!”

In order to pay homage to Eulogia, bonesmen steal things and place the stolen items in The Tomb. Sources claim that there are a lot of human bones in the tomb, as well as valuable artifacts. I suppose one could even imagine an underground Amber Room, or Edvard Munch’s stolen artwork, The Scream.

I wonder if FoxNews will handle that like the grand opening of Al Capone’s secret vault, with Geraldo at the helm?
1.8
Score
Popularity
Activity
Freshness
View Innovation Webinars