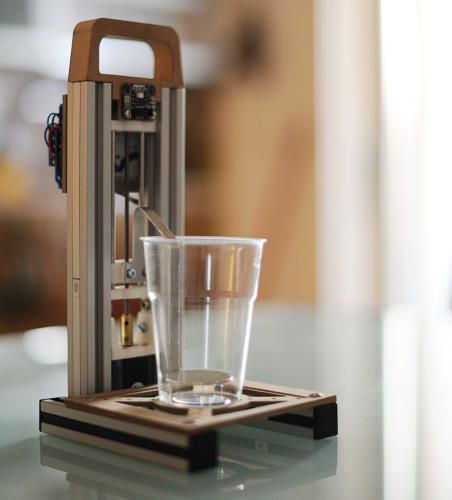 This Mobile Printer Folds Down to an Inch for Easy Transportation

Laura McQuarrie — October 16, 2014 — Tech
References: indiegogo & fastcolabs
Share on Facebook Share on Twitter Share on LinkedIn Share on Pinterest
When you think of 3D printers, most of the time you probably imagine them sitting in place—but this portable 3D printer is super small, cost-effective and made for use on the go. As well as adopting a novel form, the LumiFold printer makes use of an interesting printing technique called stereolithography, which involves curing resin with UV light.

While some 3D printers will run upwards of thousands of dollars in cost, this one only rings in at about $400. The LumiFold gets it name from its ability to fold up into a form that's only about an inch thick, which truly makes it ideal for taking with you on the go. Earlier this year, the LumiFold was introduced in a highly sucessful Indiegogo campaign, which inspired the second iteration of the machine, the LumiPocket.
3.6
Score
Popularity
Activity
Freshness
Get Trend Hunter Dashboard