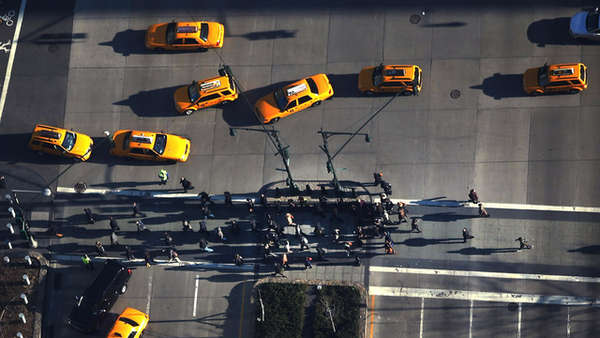 Jordy E — April 4, 2013 — Art & Design
References: buzzfeed & gizmodo
New York's Port Authority has recently released a series of images taken from the One World Trade Center. Captured within the building's 100th floor, it provides a mesmerizing look down upon the city's streets, relaying daily chaos from high above.

Present on this 100th floor is One World Trade Center's observation deck. It is from this vantage point that some of these pictures have been taken, showcasing breathtaking views of the concrete landscape.

This collection of pictures also provides a glimpse into the structure. Although set to be officially open to the public in 2015, a look at the iconic building is offered here, providing not just an artistic project but also a much sought after sneak peak.
1.5
Score
Popularity
Activity
Freshness