Porsche Is Pro Green After All 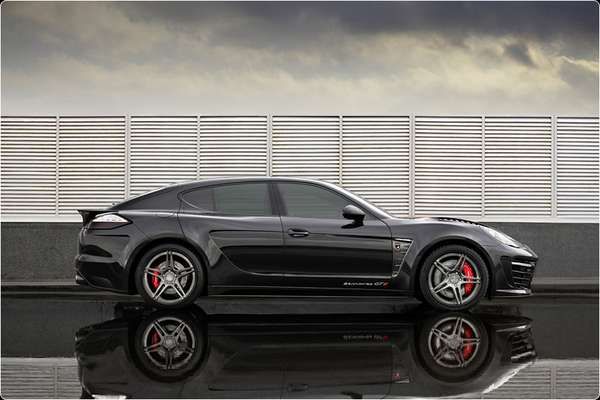 Corinne Guirgis — May 30, 2011 — Autos
References: top-car.ru & uncrate
Share on Facebook Share on Twitter Share on LinkedIn Share on Pinterest
Sleek, exclusive and super-speedy, the Porsche Panamera Stingray GTR is the perfect sports car for those who want to ride around in luxury. With its black exterior and interior, large dashboard and turbopower engine, and a whopping 700 horsepower, the newest Porsche by Topcar is hard to pass up.

Topcar modified most of the exterior and engine features of the car to maximize its speed and lustrous appearance. If this car is something that appeals to you and your wallet, you'd better act fast: Only 25 Stingrays are being produced, and four of them have already been sold.

According to TopCar, each interior for the 25 units produced will be treated as an individual design project and will be modified according to the customer’s preferences.
6.5
Score
Popularity
Activity
Freshness
Get the 2021 Trend Report FREE