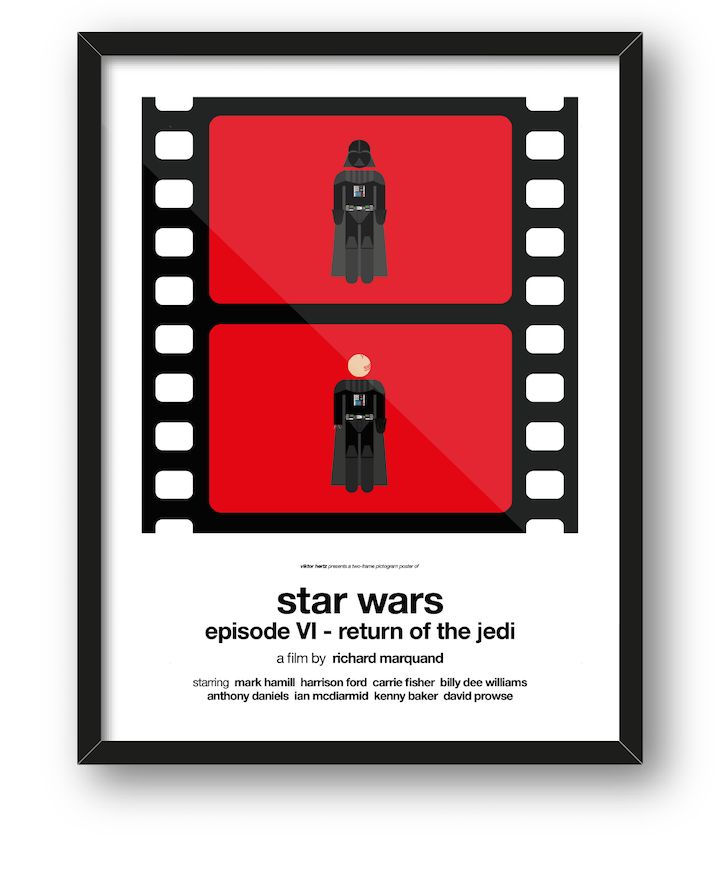 Vasiliki Marapas — April 17, 2015 — Art & Design
References: kickstarter & mymodernmet
In the past, Sweden-based graphic designer Viktor Hertz has created pictogram versions of popular movie posters and honest brand logos. Now, the pop culture artist is back at it again, with a series of two-frame film pictograms that illustrate the "beginning" and "end" of each film (much like a "before" and "after" shot). He explains, "Think of it as an extremely short film, summarizing the story and visualizing the changes the characters go through." The series includes popular movies ranging from Star Wars to The Big Lebowski.

This is the first time Hertz has gotten into so much detail; his pictograms of the past were truly minimalist, in the strictest sense of the word, only featuring stick figures. Perhaps the most exciting part of this project is that it offers the chance to see the growth and evolution of a truly talented artist.

For his supporters and fans, Hertz's project is currently seeking funding through Kickstarter.