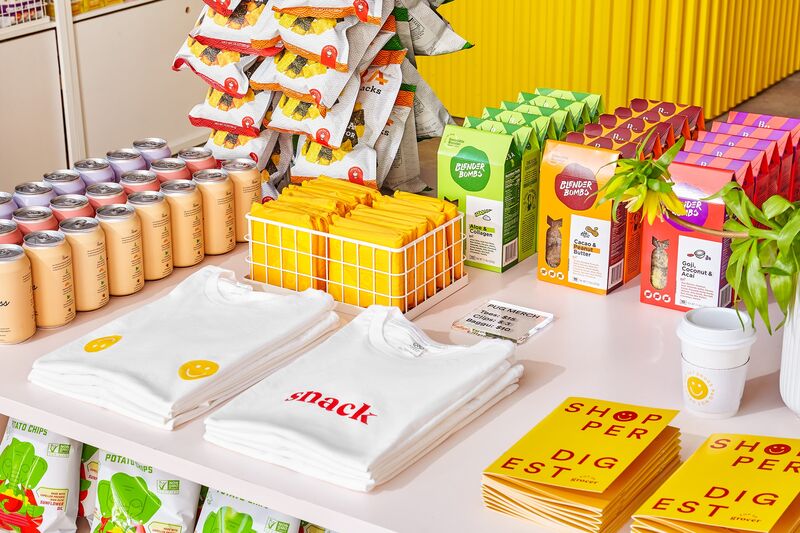 Pop Up Grocer Will Launch a Brooklyn Location in October

Grace Mahas — September 24, 2020 — Business
References: popupgrocer.co & popupgrocer.co
Share on Facebook Share on Twitter Share on LinkedIn Share on Pinterest
Pop Up Grocer, a traveling pop-up grocery store founded by Emily Schildt, recently announced the launch of a new location in Brooklyn. The new activation is set to open from October 2nd to November 1st and will give consumers a variety of premium and affordable brands to purchase, including Partake Foods, Acid League, Behave, Golde, Omsom, Dose, artizn, Allawake, and Sunscoop, among others.

"It is so rewarding to be back in New York, a year later, and to return to a new neighborhood through which we can continue to grow our community. As we've traveled the country visiting various cities, we've thought much about our homebase, particularly during these trying times. We're grateful for the opportunity to bring joy and a sense of normalcy to those who have supported us from the very beginning." Emily Schildt, Pop Up Grocer Founder.

Pop Up Grocery will appeal to conscious consumers as the brand donates 5% of all in-stores sales to local causes with immediate impact and is donating to 'The Fund', a packaged gift to one emerging early-stage, Black-owned brand that includes a variety of services and generosity from the Pop Up Grocer team and partners, in addition to the monetary contribution.