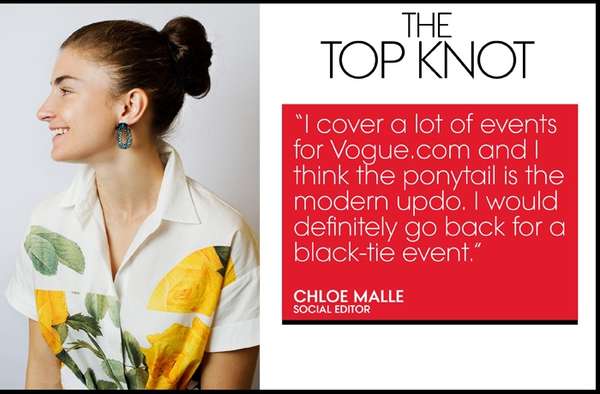 Alexandra Serrano — September 23, 2012 — Luxury
References: vogue
Hairstyle specialization is here and ready to party, with the Ponytail Bar at the John Barrett Salon in New York.

The concept for the luxe salon on the top floor of Bergdorf Goodman was dreamt up by coiffeur extraordinaire John Barret. After the success of his previous braid bar, he venture into the realm of tied-back 'dos.

Vogue's account of the "pony party" is detailed in their enlightenment on the importance of a good ponytail. The contemplation is not vain, as a good updo is not only functional but absolutely versatile. With styles offered on the menu at the Ponytail Bar, the 'do is given an update. From low to high looks, and even versions that incorporate braids, it's easy to see why a specialized salon is highly sought-after.
4
Score
Popularity
Activity
Freshness

Hair Lamps
Light Up Your Life With a Customizable Conversation Starter