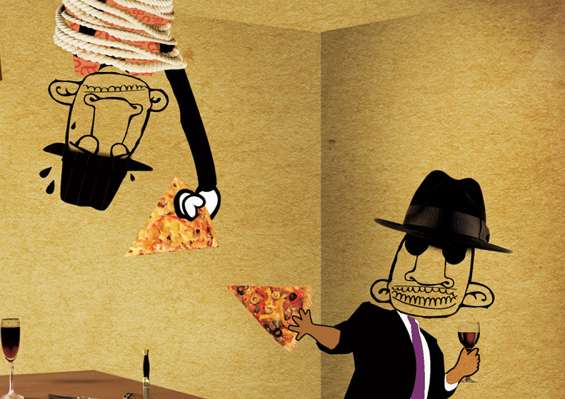 Amelia Roblin — August 2, 2011 — Marketing
References: getz.br & adsoftheworld
Share on Facebook Share on Twitter Share on LinkedIn Share on Pinterest
This pair of prints promotes a traditional Italian dish with a notoriously Italian consortium, appealing to a consumer base that's less interested in wholesome advertising. This Polpettas Mafia campaign captures two animated scenes in which a group of mobsters go about their bloody business, each with a slice of pizza in one hand.

The Getz agency of Curitiba, Brazil, attached the tagline, "Place your order. Even if it's the last one," ironically to add a little humor. In the first ad, a poor victim finds himself suspended from the ceiling in a bind of tightly wound rope, while in the second, a handcuffed fellow prepares to be pushed into rough water. In both cases, the Polpettas Mafia campaign serves dinner to the casualties, despite their certain fates.
1.2
Score
Popularity
Activity
Freshness
View Innovation Webinars