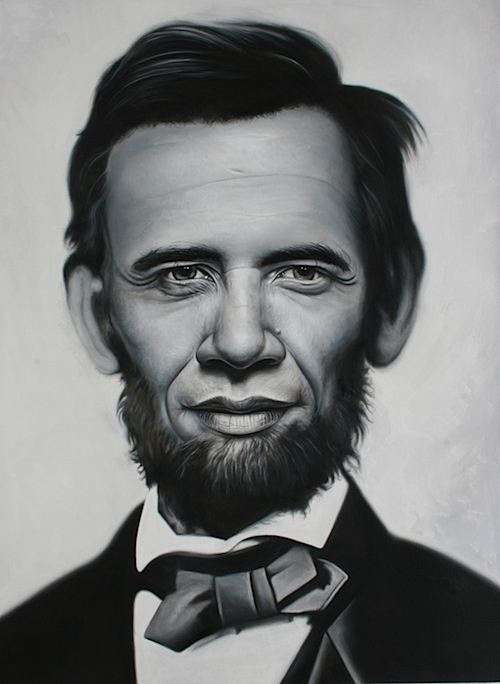 The image was created as part of an effort to promote the junior senator from Illinois in his bid to become the Democratic presidential nominee.

Abraham Lincoln, who was assassinated in 1865, was the 16th president of the United States. Today, he is considered an iconic American hero by many, and this image is bound to stir controversy. This print will be available for sale exclusively via the internet.