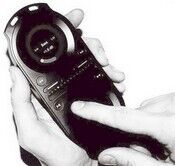 The Pacemaker lets you do a range of profession audio manipulation including "limitless mixing between two independent channels."

The pacemaker is compatible with all popular formats of digital music. The Pacemaker, although small in size, really does pack quite the punch with features such as â€œdynamic beat detection, cue, crossfade and reverse, pitch change as well as bend, loop, effects, and EQâ€.

It ships with a choice of Mac or PC software as well as a USB cable. If you think that this might not just score up to the mark, then a visit to their online mix community where users show of their creations will definitely change your mind.
1.6
Score
Popularity
Activity
Freshness
Attend Future Festival Virtual