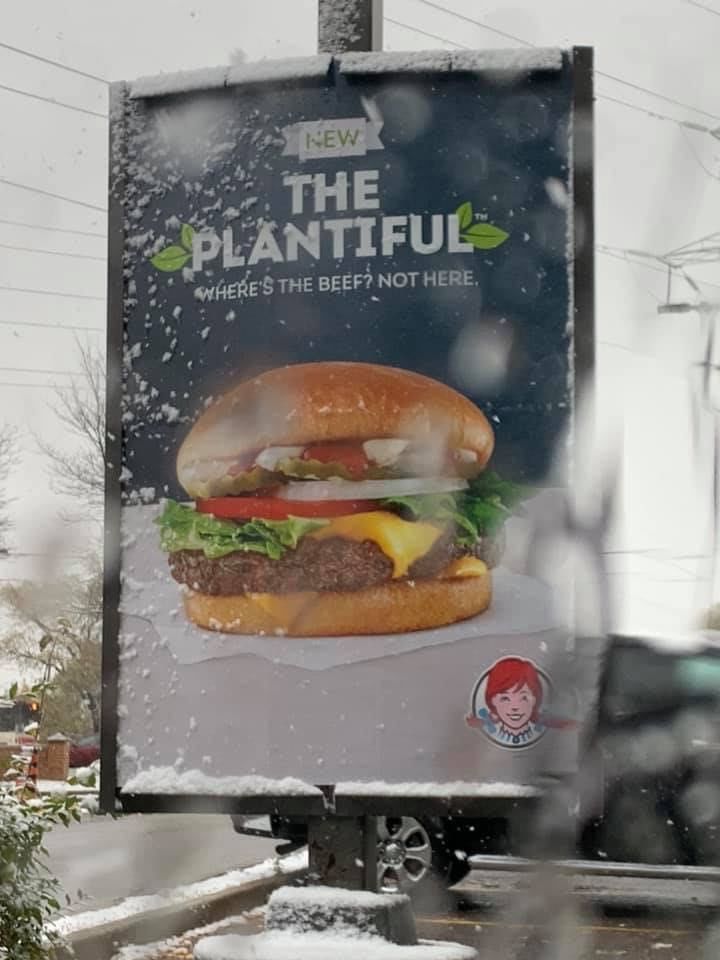 While many fast food chains are using the Impossible patty to create their plant-based burger, Wendy's is offering something a little different. The chain's new Plantiful Burger features a 100 percent vegan patty that is made from pea protein. The burger is then topped with melted cheese, lettuce, tomatoes, onions, sliced pickles, ketchup, and mayo. Of course, the addition of cheese and mayo means that the burger itself is not vegan, just the patty.

Though Wendy's has yet to officially announce the debut of the Plantiful Burger, it has been spotted at various locations in Toronto.