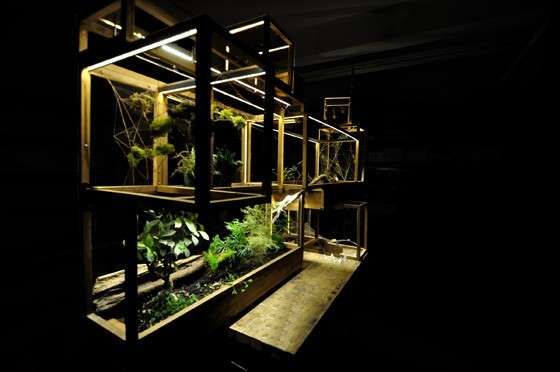 The exhibit is designed to put viewers more in touch with nature and to give the plants, which are sparse and hard to find in big cities, a voice of their own.

A large-scale terrarium system that has been outfitted with electronic sensors and a microcomputer which will act as the home for the plant life as well as the mechanism to convert the greenery's activity into sound.

Changes in light, soil moisture and soil temperature will be recorded by the sensors and any variance in these natural cycles will then be transformed into sound waves or visuals that express the living and breathing nature of plant life.
5.3
Score
Popularity
Activity
Freshness
Get the 2023 Trend Report FREE