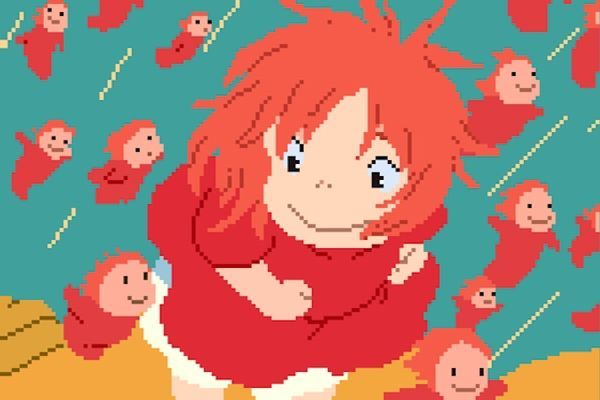 This Art is a Playful 8-Bit Tribute to Childhood Heroes

Nina Shewchuk — May 1, 2014 — Art & Design
References: fubiz.net & flavorwire
Share on Facebook Share on Twitter Share on LinkedIn Share on Pinterest
Since the 1986 release of its first feature film, Castle in the Sky, animation house Studio Ghibli has developed an ardent following.  Its success is largely attributed to the movies of director Hiyao Miyazaki, who is also the studio’s co-founder. Imbued with themes of love, childhood and dreams, his works continue to captivate and charm audiences despite the spate of big-budget action flicks, which continue to flood theaters.

It is no surprise then that the Internet is choked with tributes to Studio Ghibli and Miyazaki. Films such as My Neighbour Totoro, Kiki’s Delivery Service and Spirited Away have been honored through often strange, yet whimsical fan-made tributes ranging from public graffiti to bento boxes.

Designer Richard J. Evans has recently paid homage to Studio Ghibli through a series of 8-bit renderings of scenes from some of the company’s most beloved motion pictures. While the outdated, pixilated interpretations of childhood heroes such as Kiki and San make these images doubly nostalgic to many of today’s young adults, there is also an underlying sadness within them. The continuing reign of computer animation, as well as Miyazaki’s retirement, paint an uncertain future for traditional hand-drawn animated films. It may only be a matter of time before such movies become as obsolete as the gaming consoles of yesteryear.