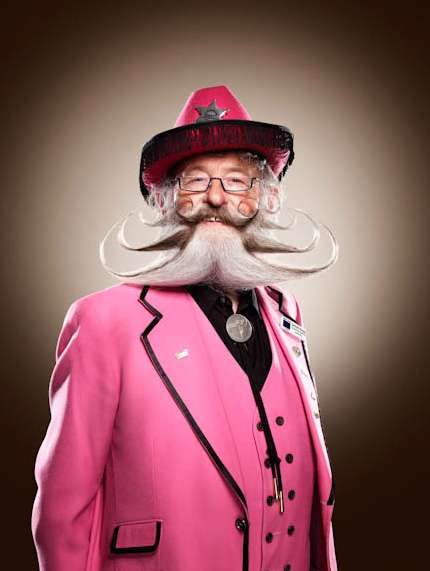 The shots feature some of the most outlandish characters from this year's competition, most of them dressed in ridiculous outfits, including lumberjacks, vikings, Popeye the Sailor Man, colonels, fishermen, and generals. As a photographer, Sheri Manson's skill lies in her ability to give these men the sophisticated yet bizarre aura they imbue their characters with.

The images are comic, grandiose, and undeniably fun, a testament to the skills of the photographer. Sheri Manson's talent hasn't gone unnoticed in the corporate world. Her client list includes heavyweight companies like Nike, Fortune, and The Guardian. With an eye like hers and natural characters like the ones featured in this collection, it's not a surprise that these photographs are so captivating.