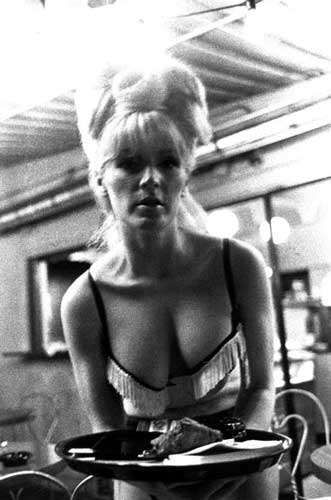 Jordan Sowunmi — December 23, 2011 — Fashion
References: ralphgibson & lifelounge.au
Share on Facebook Share on Twitter Share on LinkedIn Share on Pinterest
Los Angeles-born, New York CIty-based photographer Ralph Gibson has been behind the camera in major cities during some of American history's most interesting times. In this collection of his photographs from Los Angeles between 1960 and 1963, viewers get to be a fly on the wall during the beginning of the bohemian era.

As a photographer, Ralph Gibson's best skill is his ability to blend in with the crowd. His subjects are diverse -- bikers, waitresses in halter tops, average men reading the newspaper -- but each is representative of a specific 1960s archetype.

Gibson learned his skills as a photographer when he was apart of the U.S. Navy in 1956, and it has led to a lengthy and storied career with no signs of slowing down. Earlier this year he was awarded the FOTOmentor Lifetime Achievement Award from the Palm Beach Photography Center.

As a photographer, Ralph Gibson provides us with a personal insight into the lives of the cool, vintage, and stylish. View the gallery to see some highlights from his portfolio.
6
Score
Popularity
Activity
Freshness
Get Trend Hunter Dashboard