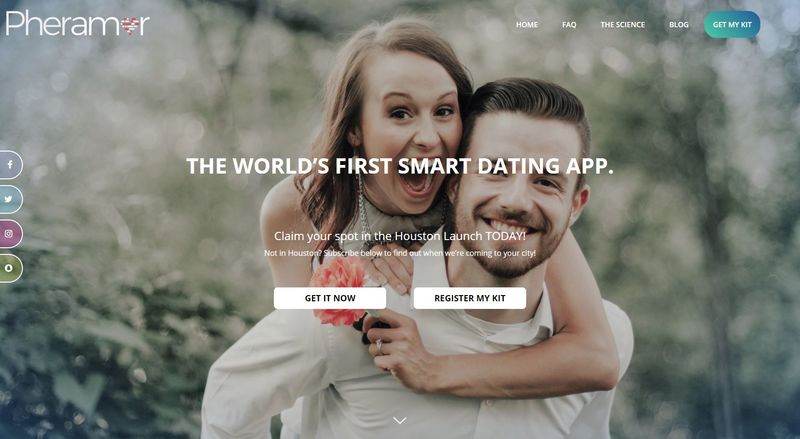 The Pheramor App Includes DNA in Its Matching Algorithm

Joey Haar — March 1, 2018 — Lifestyle
References: pheramor & wired
Share on Facebook Share on Twitter Share on LinkedIn Share on Pinterest
Dating apps use the power of algorithms to combine images and personality, helping users to find their perfect matches, but a new dating app called Pheramor is adding a third factor onto that double helix. The Houston-based dating app uses the science of pheromones to increase the likelihood of two matches hitting it off in real life.

Pheromones, the molecules that animals' bodies emit (humans included) in an effort to help one another decide on their genetic compatibility when producing offspring, sound like the realm of pseudoscience. According to Pheramor, the concept is backed by ample scientific research, with nearly a dozen studies that support the idea of genetic variability leading to increased odds of attraction.

Pheramor relies in particular on the finding that there are 11 "attraction" genes. To use the platform, users connect their social profiles and sort through others on the site, as with most dating apps, but they also submit a cheek swab that gets processed at Pheramor's lab. That swab is analyzed based on the 11 aforementioned genes, and the results play a large part in the app's algorithmic matching process.
3.5
Score
Popularity
Activity
Freshness
Jeremy Gutsche Keynote Speaker