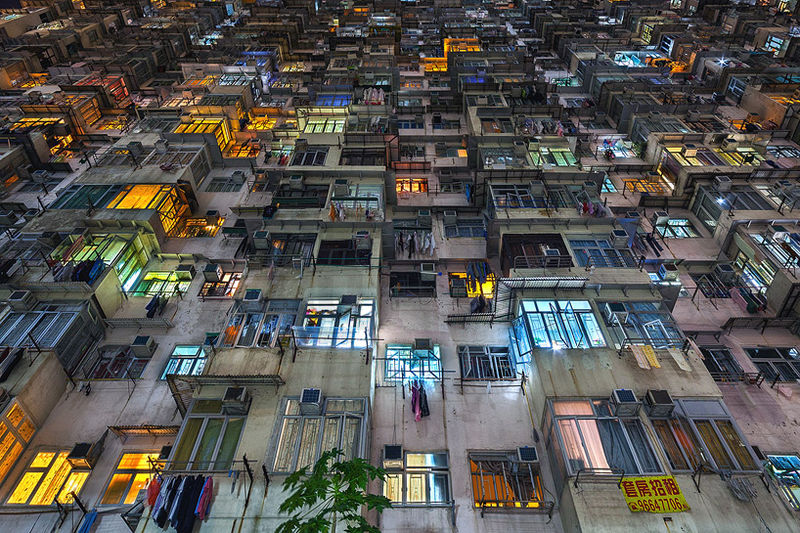 Jamie Danielle Munro — September 25, 2014 — Art & Design
References: peterstewartphotography & designboom
Share on Facebook Share on Twitter Share on LinkedIn Share on Pinterest
Hong Kong is a city that houses thousands of people, and it's clear from these photographs from Peter Stewart. The series demonstrates the tight living space of many people in this part of the world, who oftentimes stay in tiny apartments that extend high into the sky.

The buildings he captures are also older (like many of the structures in certain areas of Hong Kong). Moreover, he manages to capture them from a perspective that heightens their size and makes the viewer feel confined too, as if they were limited to where they can look. It gives people a claustrophobic effect, which is exactly what Peter Stewart was going for. The title of this collection is 'Stacked,' which is appropriate considering the setup of the buildings.