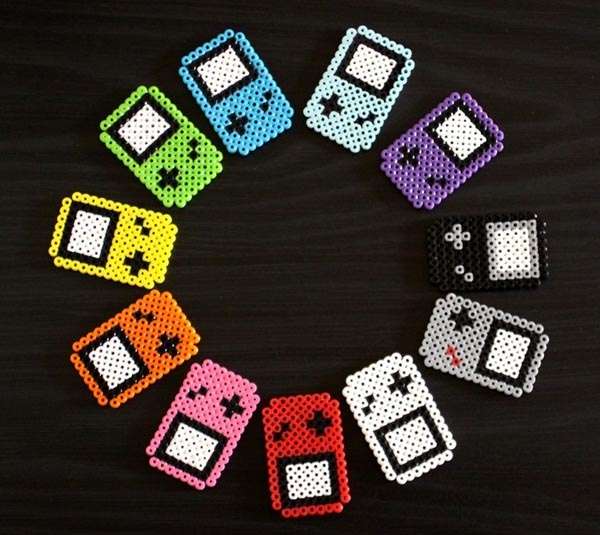 Erin Kirkpatrick — January 5, 2013 — Art & Design
References: gadgetsin
The Perler Bead Game Boy allows avid gamers to show off a toy that dominated their childhood and kickstarted their competitive edge. Most prominent in the 1990s, the Game Boy by Nintendo started a phenomena in graphic games and portable playing.

At such a time, children would not dare stray far away from their colorful game consoles. In the time since, the original Game Boy was released numerous upgrades and versions have been released. There's the Game Boy color, Game Boy advanced and Game Boy DS just to name a few. Shaped like the iconic Nintendo Game Boy that were commonly unwrapped on Christmas mornings and birthday parties, this magnet will act as a guide down memory lane.

While the Perler Bead Game Boy does not have the playability function of its predecessors, it will brighten up the stark white surface of any refrigerator.
1.6
Score
Popularity
Activity
Freshness