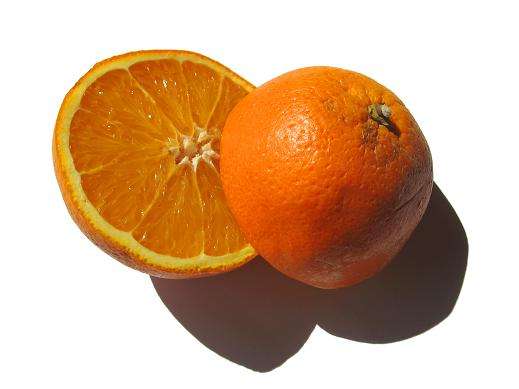 Pearl — June 21, 2008 — Lifestyle
References: appft1.uspto.gov & technology.newscientist
Eating oranges is good for you and for athletes looking to enhance their performance without using banned substances. Athletes prefer to suck on oranges to help them recover quickly after strenuous sports. A scientific team in Massachusetts has discovered that some sweet orange peels contain compounds called polymethoxylated flavones which can decrease post exercise recovery time. Their experiments have shown that eating the peel of orange varieties like Valencia is a better bet than eating them.

Tests on racehorses revealed the animals given the flavones took less time for their post exercise oxygen consumption levels to return to normal. They were ready to go again 23% faster than horses which weren't given flavones.

What does that mean for human athletes? It suggests that extracts containing these flavones could delay the onset of fatigue in sports without breaking any rules. Not surprisngly the research was funded by the US Army Natick Soldier System Center as armies would also want their soldiers to fight longer before tiring.

The researchers have patented their flavone compositions and will be studying these compounds to see if they can perform as anti-inflammatory and anti-cancer agents.
2.8
Score
Popularity
Activity
Freshness