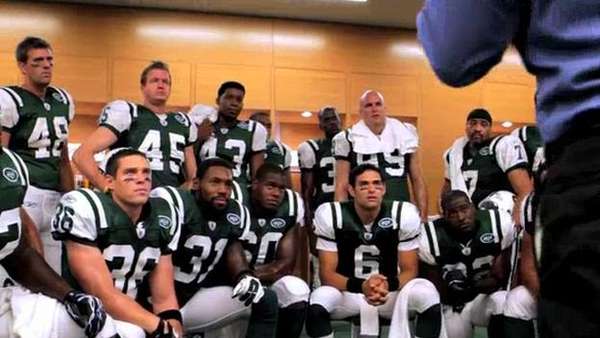 The Pepsi Max New York Jets commercial starts off with Rex Ryan trying to inspire his players in the locker room during halftime. Suddenly, the wall crumbles and a Pepsi Max delivery driver comes onto the scene, stepping in to give a motivational speech. He points out that for years, everyone thought that Pepsi wouldn't be able to get the same Pepsi taste with none of the calories -- but Pepsi Max proved everyone wrong. The players, some of whom toss back a can of Pepsi Max, instantly become motivated -- one even sheds a tear!