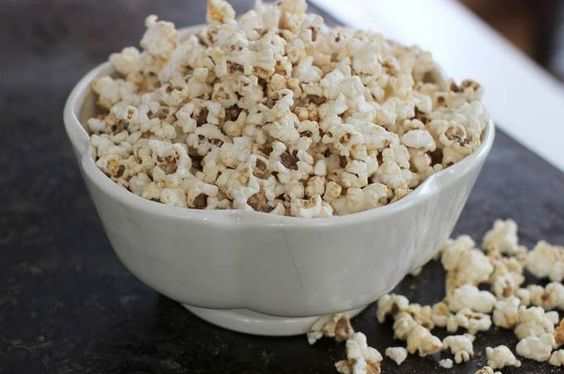 As bizarre as powdered peanut butter sounds, it is created by removing all of the fat and moisture from nut butter. It has a texture similar to fine cocoa powder and adds a distinctive nutty flavor to smoothies, yogurt, oatmeal, cookie dough and sprinkled over desserts as a topping.

In addition to peanut butter powder, d'Arabian's Salty-Sweet Peanut-Honey Popcorn recipe is prepared with healthy coconut oil, honey and salt that's been heated and spread over popped popcorn kernels. Rather than opting for a sugary packet of popcorn from the store, this DIY popcorn recipe is a healthier snack that doesn't skimp on flavor.
3
Score
Popularity
Activity
Freshness
Get the 2021 Trend Report FREE