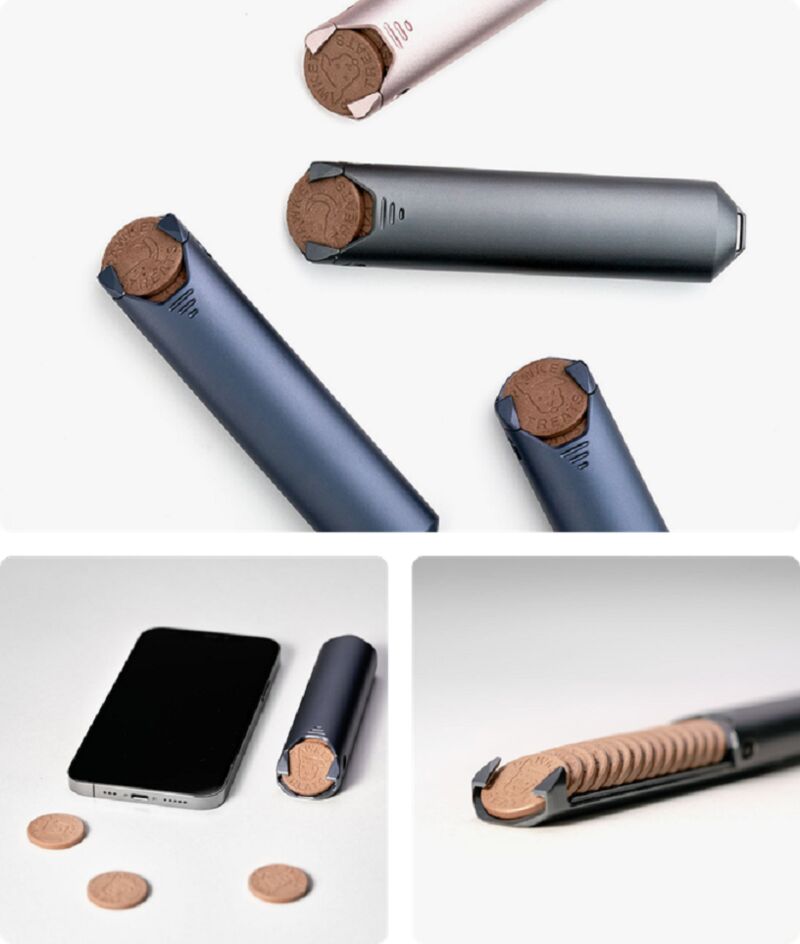 Elena Rahman — July 28, 2021 — Lifestyle
References: kickstarter
Share on Facebook Share on Twitter Share on LinkedIn Share on Pinterest
PAWKET TREATS recently launched a portable Dog Treat Dispenser. According to the National Pet Owners Survey, roughly 60 million of the 85 million households in the US collectively own 90 million dogs. Therefore, the dog treat company aims to accommodate the expansive community of dog-owners by making an easy-to-use treat dispenser.

Based in Oregon, PAWKET TREATS is the only manufacturer to wrap dog treats in a roll similar to Lifesavers. The dispenser itself, however, is highly reminiscent of PEZ candies and works just the same. The Dog Treat Dispenser administers one treat at a time, while the rest of the treats are stacked in its tube-like body. Sleekly designed, the ultra-slim dispenser fits easily into a pocket and relinquishes the need to lug around bulky bags of snacks.